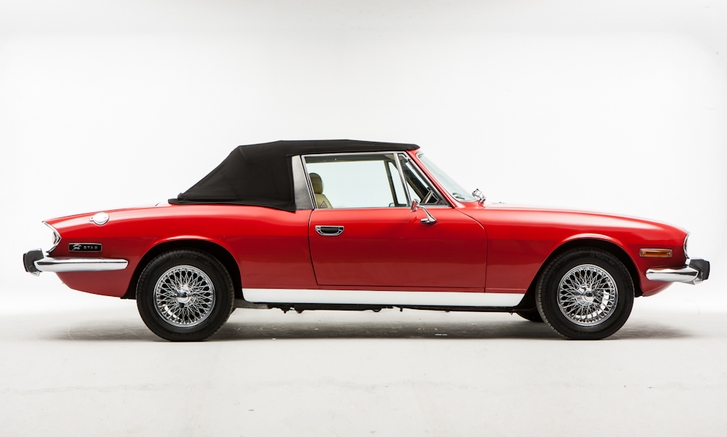 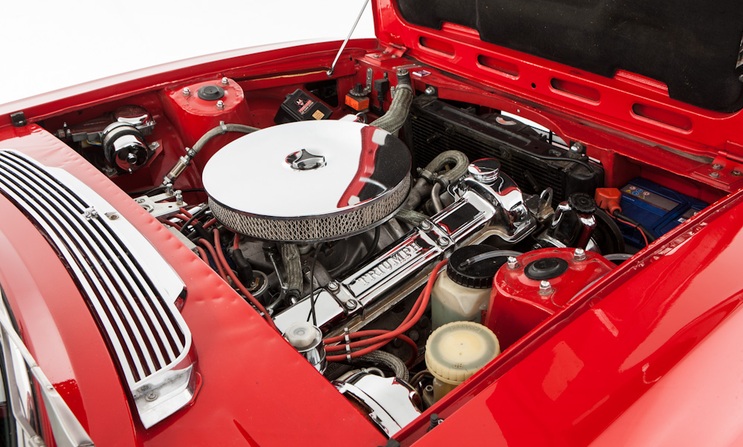 The history of the Stag car began in 1963 with an attempt by Giovanni Michelotti to entertain himself by inventing a sports version of the model with an open - top. Until 1966, no one saw these sketches, until the chief engineer Harry Webster looked to the designer and found a drawing of a new concept car for the showroom. Webster immediately sent the project to the UK for evaluation, and the marketing Department of Triumph calculated that such a car could have sales of about 12,000 cars a year. The project was included in the plan for 1968, but due to commercial and production problems it was shown at the auto show only in 1970.
Triumph Stag is a British convertible with a powerful 8-cylinder engine, 1970 to 1977. It had every chance to become a popular car, as had all the qualities for this: had excellent handling and driving characteristics. These qualities together with temperament and very attractive new design could make a real hit of the novelty. But it wasn't meant to be.
Triumph V8 had a number of interesting features. The cylinder block was made of an alloy of chromium and iron, and the head of the block — of aluminum alloy. Since the new motor was laying unusual design, was offered a unique solution for fixing the head to the cylinder block. This made it possible to remove the cylinder head without first removing the camshaft and valve adjustment violations. Most of the cars were equipped with a 3-speed automatic transmission, which was supplied by Borg-Warner. The mechanical box was 4-speed and not much different from the boxes of "Triumphs" of previous years. It has been somewhat modernized and adapted to the new model. Sales of up to 500 cars per week were expected. But, despite the promising debut, soon there were significant problems with the V8 engine — it was prone to overheating, which led to deformation of the cylinder head. Often, hadn't prematurely worn out machinery required costly repairs.During 7 years of production Stag was repeatedly modernized and improved, problems with the engine were not finally solved. In 1977, it was discontinued.