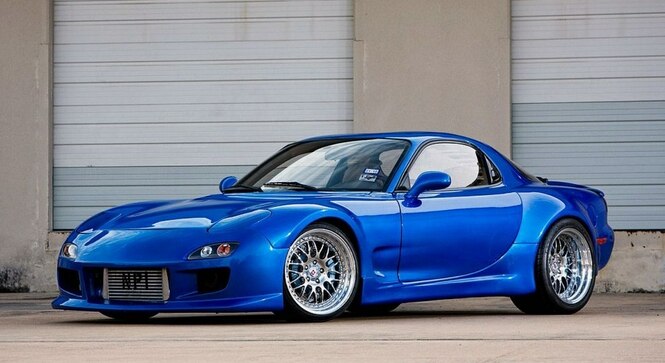 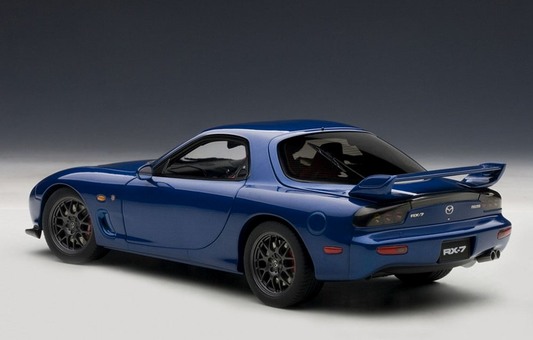 Rx7 ownership is no different to owning any high performance car in terms of the dedication required to servicing etc. A poorly serviced car that’s been mistreated will bite you hard in the wallet (same as any other car really – although the rebuild of a rotary tends to cost less than rebuilding a comparable piston engine).

The basic rules of car buying still apply, even when purchasing a rotary. Most of the cars below will be over 18 years old, and an early 1st gen will now be 30 years old!

They should start nicely from hot or cold. (Beware of a rotary that is difficult to start from hot.)
The pop up headlamps should operate smoothly; any sticking could be a sign of accident damage.
Make sure the car you look has been serviced correctly: Oil change and filter should be done every 3-5000miles depending on the car, plugs should be changed every 10-15k, Fuel filters should be changed every 10k.
Always look for proof if the owner claims the car has had an engine rebuild.

1st Generation Rx7 – 1978-1985
The 1st Gen is a sweet car, no two ways about it. They are very tactile to drive with great feedback; they suffer from low torque and vague steering at the straight ahead position. (Steering box rather than rack and pinion) On country roads you can use every bit of the cars performance, but they are much slower than a modern hot hatch. (0-60 is realistically going to be near 10seconds – official is around 8.7) They can rot around the rear lower valance, sills, rear suspension mounting points and the top of the fuel tank has been known to rot through. They respond well to have all the emissions control system removed and a full straight through system with headers installed – this can release 25+ bhp and flames on the overrun!

Parts availability is good generally – the only real issue is that Mazda has now discontinued support for the 12A rotary that’s in the UK 1st gens. (There are spares knocking around, but a lot of people are now hoarding, or installing the 13B from the later car – it’s more or a less a straight swap. (Plus the extra 30hp & 30ft/lb of torque helps!)
If you look hard there are still one or two good Elford Turbo’s for sale too. These cars had a Turbo Conversion from new by Elford, (Officially supported by Mazda too) and produced 180bhp.

2nd Generation Rx7 (Non Turbo) 1985-1989+
The 2nd Gen’s are slightly different kettle of fish to the 1st gen. The n/a version is never going to win any drag races, but in the twisties it takes some beating. The 2nd gen was very technologically advanced for its time. They had Dynamic tracking rear suspension, (the rear wheels toe in or out depending on cornering G force) and most of the major suspension parts are made from aluminum. They have four pot aluminum calipers at the front and single piston rear, the N/A cars are non ABS. Some of the turbo’s and cabriolets have ABS. The 2nd Gen N/A has fuel injection and makes 146bhp/126ftlb in stock trim. (0-60 is around 8.5) The same exhaust mods on the N/A as the 1st gen release around 30bhp, but getting it through an MOT will be challenging…
As an all-round car to drive daily etc you really can’t fault the ‘EGi’ (as it’s known in the rotary circles) – It’s not the fastest but  it is very chuckable and is a great GT.

The Turbo II is a little bit of an animal compared to the EGi – it packs a Hitachi turbo charger and 200bhp/200ftlb. When it was new it was one of the fastest cars you could buy. 0-60 is officially 6.7 seconds, in reality it’s between 5.9 and 6.2 seconds. (They got quicker as they were fully run in, around the 15k mark) Given the space they will top 155mph. Traction is distant memory in wet conditions and in the lower gears on a dry day. The TII is not as checkable as the EGI or 1st gen, it requires a lot more dedication to keep your foot on the twisties, that said it still grips as well, it’s just more prone to power over steer than the n/a version. In terms of modifications – the easiest is to fit a full turbo back system, (retaining the air pump), chipped ECU, aftermarket BOV, decent panel filter, boost gauge, boost controller, uprated fuel pump. That little lot will set you back around? 500, but will also increase power and torque to around 270bhp/260ftlb. This gives 0-60 in 5seconds and turns the car into a total beast. (Be warned it will produce 10ft flames on every meaningful upshift)

Basically the same as a TII, with a folding roof. The roof has a targa option as well. The cabriolets are very rare – around 200 official UK ones, there's not a lot of middle ground in terms of quality either.

Generally the 2nd gens are no better or worse than any other 80’s car in terms of rust – check the sills as this is a favorite area to go. The TII’s are made from thinner steel than the EGi’s so they do rot faster – a lot have been scrapped due to terminal rust, but they can be saved if you are willing to put in the work.

As a rule the 2nd gens are now amongst the rarest Rx7’s, not many were saved because they were deemed to be too 80’s in their styling.  People are starting to appreciate them more now though – so prices are starting to climb.